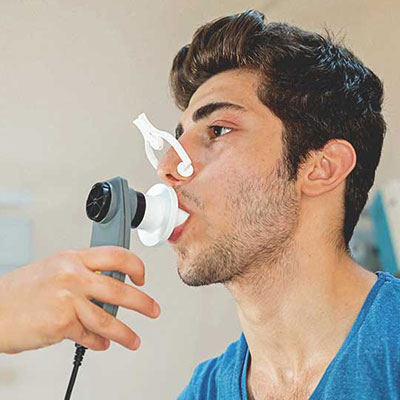 The Pulmonary function test (PFT) measures the functioning of the lungs.

Why is a PFT performed?

Pulmonary function tests are done to:

What happens during a PFT?

You will be asked to blow (out & in) through a tight-fitted mouthpiece. The values will be recorded in the system.

Spirometry indicates the functioning of the lungs through the most common measurements that include:

How to prepare for PFT